We need to study and assess the risks to our infrastructure and ask if we are as prepared as we can be for what is coming.

The devastation in KwaZulu-Natal is tragic; the loss of lives and livelihoods enormous. The president’s address last night signalled the seriousness with which government is tackling the task, as well as the lessons learned from the emergency responses we have mounted in the last few years. The biggest lesson has been how to deploy resources at speed while ensuring they reach their intended targets, free from corruption.

It is critical that business, government and civil society works together. That relationship is now key to the KwaZulu-Natal response with the Solidarity Fund playing a central role. The Fund has proven to be an accountable and effective mechanism to raise and deploy funds, one that the public can trust. It draws together leaders from business, civil society and the public sector to ensure full accountability.

The immediate needs are obvious as shattered communities access urgent assistance and begin to come to terms with their losses. I have been heartened by the many businesses, including BLSA members, that have rushed emergency support, including donations of cash and goods, to those affected. I applaud the work of charities that have rushed to the scene and become and important conduit for us to direct resources to those most affected. The national state of the disaster declared yesterday means that government, will be able to effectively get emergency services and relief into the areas and rescuing those stranded. The voucher system that government is now implementing to give those who have lost their homes vouchers to purchase rebuilding materials is an excellent approach, but it will have to be carefully monitored to ensure the vouchers get to the right people. Limiting the use of the vouchers to rebuilding materials is a good step toward ensuring the money is spent on the right things.

The search and recovery effort is clearly the priority, while also bringing immediate relief to those who are vulnerable. But it is also important that we swiftly deal with the economic impact of the floods, particularly to unlock key logistics routes.

The economic impact of the floods is severe. Many businesses have seen their stock and premises destroyed and are unable to resume due to flooding. Billions of rands of property has been lost. Key logistics routes remain unpassable, snarling up supply chains and causing wider damage to the economy. Ports have been damaged and are currently unusable while access roads are damaged. Urgent lifesaving support must be the priority, but it is important that businesses and the authorities also focus on restoring transport connections. Last night’s announcements rightly put focus on restoring the road network, particularly the N2 and N3 highways. Unnecessary delays to resuming normal operations mean a greater cost to the economy, resulting in lost employment and revenue.

The recovery thereafter is going to be critical as we rebuild infrastructure. Major parts of the province’s road and bulk water infrastructure has been damaged. I hope the crisis triggers an important conversation about how we as a country are preparing for climate change. The damage in KwaZulu-Natal partly reflects a lack of application of existing regulations as well as poor maintenance of infrastructure. In some cases infrastructure failed because it had not been kept in full operating condition, but it also the case that many houses were built illegally and informal settlements sprung up in low-lying areas vulnerable to flooding.

However, even properly maintained infrastructure cannot meet the effects of climate change. From water shortages to severe storms, weather extremes are going to be a reality. The president last night rightly pointed out that the disaster has national implications and that future whether could strike other parts of the country. The president established the Presidential Climate Commission in December 2020, made up of all stakeholders, including business. The commission has been focused on ensuring a just transition from our fossil-fuel based economy to a greener future. However, the flood disaster highlights that we need to also be urgently applying ourselves to the challenges that climate change presents to our economy – from agriculture to manufacturing. We should transition to ensure we mitigate climate change, but we have to also be realistic about the fact that change has happened which presents material threats to us.

We need to study and assess the risks to our infrastructure and ask if we are as prepared as we can be for what is coming. Organised business would be a willing partner in undertaking such an assessment. It would be the right lesson to take from the disaster in KwaZulu-Natal and would help to ensure reconstruction there is optimal. But it will also help to ensure we take the steps necessary to improve resilience in the rest of the country, to ensure that future extreme weather events do not have as great a toll on lives and livelihoods as we have seen last week.

The priority is the urgent support necessary for the province to recover from the crisis and organised business will strongly support this effort. But we must also be swift in learning the lessons and ensuring greater resilience across the country. I will be working with our social partners to deliver that. 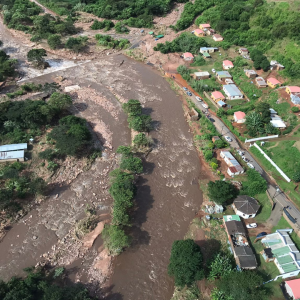 In the wake of KwaZulu-Natal flooding, we know that extreme weather events are going to happen more frequently because of climate change. I write in fin24 that we need to ensure we establish appropriate long-term emergency response measures. BLSA is working to do what it can to immediately assist those affected by the floods. Our hearts go out to the loved ones of those who died and to those who are still searching for their missing family and friends. 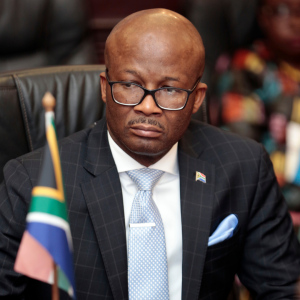 Dondo Mogajane has served at the National Treasury for 23 years and will be stepping down in June.  I write in my Business Day column that over the years Treasury has been run efficiently, standing out as a defender of our democracy despite being surrounded by a sea of misgovernance and corruption. I hope the Treasury has a good pipeline of strong, experienced personnel to keep us on the long-term path towards a healthier economy. We need more people like Mogajane who stick to their principles despite the pressures and who are very good at their jobs.