The one element that can accelerate the recovery of small businesses is the red tape unit in the Presidency.

It’s just over a year now that civil unrest broke out in KwaZulu-Natal and Gauteng, with businesses big and small looted and vandalised. We’ve had media inquiries about how the events last July affected our member companies but what really concerns me is the devastating effect they had on small businesses.

Big businesses that were directly affected suffered tremendous damage even with Sasria insurance cover, but they have the muscle to recover. Many smaller ones, however, did not have insurance or the financial reserves to rebuild their businesses and the floods added to the woes of those in KwaZulu-Natal. Some will never open their doors again and those that did reopen are struggling to achieve pre-unrest levels of operation.

The entire small business sector also faces rising interest rates, fuel hikes and load shedding. Clearly, more support is needed for them to take their rightful place as engines of growth and job creators for the economy. Assistance from government, the private sector and civil society will be key to their recovery.

BLSA believes small businesses must be supported and developed. It is not only in South Africa that they play a crucial role in employment, growth, competition, inclusion and innovation, but in  every other major economy.

According to a 2020 report by management consultancy McKinsey, SMEs across South Africa represented more than 98% of businesses, they employed between 50 and 60% of the country’s workforce across all sectors and were responsible for a quarter of job growth in the private sector. Unfortunately, SMEs are often the least resilient in weak economies as they have smaller client bases and limited cash reserves.

Government recognises their importance and in this year’s state-of-the-nation address, President Cyril Ramaphosa said the Business Act and other legislation that affects small, medium and micro enterprises were being reviewed to lessen SME’s regulatory burden. The president acknowledged that there are too many regulations in South Africa that are unduly complicated and difficult to comply with, preventing small businesses from growing and creating employment. This led to the creation of a dedicated capacity in the Presidency – headed by the chairperson of the Small Business Institute Sipho Nkosi – to reduce red tape across government entities.

In addition, the mission of the Department of Small Business Development is to focus on enhanced support to small business and cooperatives, with an emphasis on programmes to advance entrepreneurship among women and youth. The department of trade, industry and competition has several funding schemes available for new or existing ventures, while the National Youth Development Agency raises funding for small enterprises and the Small Enterprise Finance Agency fosters the growth of SMES while also contributing to poverty alleviation.

Government cannot do all the heavy lifting and BLSA is doing much work in this space to improve their prospects. We’re taking a long-term view of the SME sector as we believe that if it is bigger and more powerful, it will help to dramatically increase employment, enabling more people to support themselves and their families and thus relying less on the government for support. It will also broaden the tax base and grow government revenue, allowing for more funds to be directed to a smaller pool of welfare recipients.

One of our key initiatives is in this sector is in partnership with the United States Agency for International Development (USAID). Through the Beyond Advocacy Fund (BAF), we have teamed up with 22 On Sloane – the largest start-up campus in Africa – to equip entrepreneurs with the necessary business skills. 22 On Sloane’s Capacity Building Programme’s key offering is the accelerator model that aims to support start-up businesses and help integrate them into the mainstream economy by creating opportunities for them to access markets as well as funding.

Many other initiatives to support SMEs are being conducted by organised business and other entities across the economy but in the context of the battering the sector has suffered since the Covid outbreak, the one element that can accelerate its recovery is the red tape unit in the Presidency. We need to start seeing the results of its work, particularly on small businesses, as soon as possible. 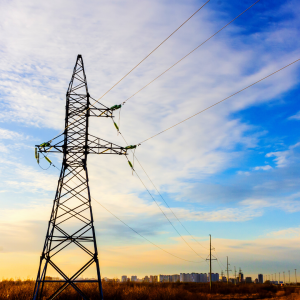 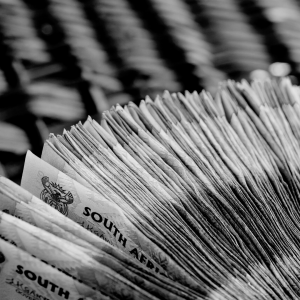 We need to get our act together and improve our ability to pursue and prosecute money laundering and terrorist financing by February 2023, or find ourselves on the FATF’s grey list, I write in Fin24. BLSA urges Treasury and parliament to do their utmost to conclude this process as expeditiously as possible.