If we are to avoid grey listing, or ensure we are grey listed for the shortest time possible if we cannot avoid it, we need to do a lot of work quickly.

Business needs strong anti-money laundering rules and supervision. It is critical to the reputation of the country and to the business environment, ensuring there is trust and good conduct.

Last week we released a report on South Africa’s progress in meeting the Financial Action Task Force (FATF)’s requirements to avoid being grey listed by the global anti money laundering and terrorist finance organisation. The report noted that there is still a path open to South Africa to avoid grey listing, although it is a narrow one.

If we are to avoid grey listing, or ensure we are grey listed for the shortest time possible if we cannot avoid it, we need to do a lot of work quickly. One of those is the passing of an omnibus bill in parliament that amends five pieces of legislation to ensure South Africa’s laws meet international standards. Last week, as we were releasing our report, National Treasury was in parliament to engage with lawmakers and members of the public making submissions on the bill. I was concerned to see that the bill faced opposition from some quarters, particularly non-profit organisations (NPOs), and that members of the standing committee on finance resisted efforts to fast-track the bill.

While all legislation must follow the required constitutional processes, South Africans will need to pull together to avoid unnecessary delays. FATF will be deciding our fate in February next year, but the assessment processes are under way now. For some sectors, the required changes are understandably going to feel like an imposition. For example, the requirement for non-profit organisations to register with the NPO Directorate is going to impose a bureaucratic burden on some. Similarly, the enhanced supervision of money laundering and terrorist financing risks for estate agents, attorney firms, Krugerrand dealers and others will also be an imposition.

However, the costs of such measures must be compared to the benefits. The FATF noted in its mutual evaluation report on South Africa that we have not yet done an assessment of the non-profit sector for risk of terrorist financing. It also said that there is no capacity to monitor or investigate NPOs identified to be at risk of abuse for terrorist financing. This is a challenge to the reputation of our civil society sector in the eyes of the world – we do not want our charities to be seen as potential conduits of money to terrorists. Should FATF deem that South Africa’s NPOs continue to be a risk for terrorist financing, there will be consequences for access to funding from foundations and donors in major economies. That will be a high price for the charitable sector. The changes proposed to ensure South Africa does meet FATF standards include that all non-profits register with the NPO Directorate – to date that has been voluntary, although the majority of NPOs are registered. Registration is essential for good governance – it is unusual by international standards that non-profits in South Africa can avoid registration.

Although estate agents and attorneys have always been accountable institutions in terms of the Financial Intelligence Centre Act and required to report suspicious transactions to the FIC, FATF has criticised the industries for “an undeveloped understanding of the risks and obligations given money laundering typologies in South Africa”. FATF says that estate agents and attorneys file too few suspicious transaction reports with the FIC and that they are poor quality when they are filed. As a result, the changes being introduced include enabling far greater supervision by the FIC. Krugerrand dealers and motor vehicle dealers are also seen as high risk.

This increased supervision will mean some increased costs for affected businesses. But that cost must be seen against the benefits of operating in a sector that counterparts can have high confidence is not afflicted by money laundering activities. Those industries can only benefit.

We are paying a high price for the destruction of the institutions of the criminal justice system during state capture. FATF’s concerns are one element of that. While avoiding grey listing is very important in its own right, the changes being imposed are good for the country and for business anyway. We should have stringent anti-money laundering rules and supervision. BLSA will support the efforts to improve the money laundering and terrorist financing policing, supervision and investigation in the country, knowing that it will be for the benefit of everyone. 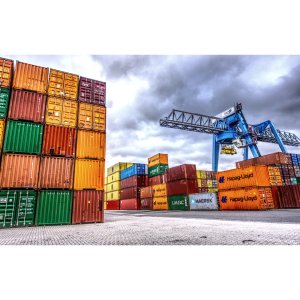 Can labour be trusted as a social partner to promote the interests of the country? I write in News24 that the Transnet strike and the Eskom strike that took us to stage 6 loadshedding in June suggest otherwise. 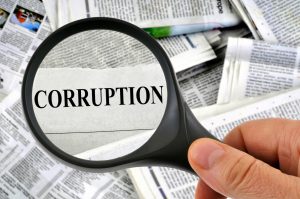 Most South Africans would probably insist that because corruption is so deep-rooted and pervasive, it will be part of South African life forever. I can’t accept that; I write in Business Day. Having emerged from the dark days of Apartheid oppression, that is not the type of country we can leave to future generations. We all deserve better.