The private sector is going to be largely responsible for generating and selling electricity.

Is business ready for an electricity system that works? It is easy to lose sight of the longer-term outlook for electricity generation and distribution in the midst of being wracked again by loadshedding that appears never-ending. But this should not blind us to the fundamental changes that are occurring in the policy environment. They lead inevitably to a world in which the private sector is going to be largely responsible for generating and selling electricity, and I expect distributing some of it too.

That outlook is some years out. But now is the time for business to be planning for it. Eskom is proceeding with its internal reorganisation into three distinct units: generation, distribution and transmission. Late last year it met a deadline to legally split out the transmission division into its own company. This process will conclude when the three units are distinct legal entities rather than Eskom subsidiaries. The transmission division will become an independent system operator, free to buy electricity from whoever can sell it at the lowest price. Eskom’s generation unit will be one of those bidding to supply, but perhaps most of the supply will come from other generators from the private sector.

Last year the Electricity Regulation Act was amended to allow companies to build electricity plants of up to 100MW for own use. Included among own uses is wheeling it over the grid to different operations and selling it to different consumers. This opens the way for dedicated generation companies to be set up which can wheel across the grid direct to customers. Larger generators can obtain licences and also wheel.

You can start to imagine how this will look – a competitive electricity supply market, selling to customers or the independent system operator as supply and demand patterns shift. The opportunities for business are obvious – as generators and consumers. Plants created for own use can become viable in the knowledge that excess capacity can be sold into the grid. Investment that is now impossible because of electricity insecurity can be made viable through contracts with future suppliers.

Of course, there are some serious impediments to overcome before this scenario becomes real. The ERA amendment has hit a new roadblock with the National Electricity Regulator of South Africa insisting on a registration process that almost as cumbersome as licensing. The Eskom unbundling is going to be difficult – Eskom’s balance sheet remains stressed and debt holders will have to agree to an unbundling that will change the asset mix that they currently have rights to. These are daunting obstacles to navigate.

I think it is safe to say that they we will find a way through them. The Presidency and National Treasury, through operation Vulindlela, are focused on sorting out the obstacles to ERA 100MW generation. Many companies have already launched projects to start building and are waiting for these blockages to be removed. The Eskom process is continuing and a wider resolution to its debt situation that includes an unbundling of the transmission business will start to come together.

Eventually we will find ourselves with a thoroughly modern electricity supply sector, including many generators competing with each other, an efficient and effective distribution operator, and a wide marketplace for consumers to buy electricity. It will deliver both the reliability and low-cost production that we all crave. It will be far greener than our current reliance on coal-based generation and support significant domestic economic activity through the supply chain required to build and maintain it.

For business, the challenge is to see through the doom and gloom of our current electricity mess. There is a much brighter future on the horizon. The strategic thinking needed now is to how to plan for it. 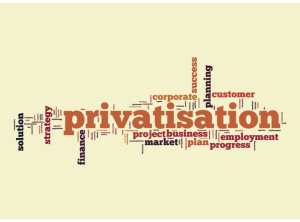 There is nothing better at eliminating inefficiencies than competition, I write in fin24.  Of the four network industries that are so crucial for an economy to run efficiently and grow, three are largely dysfunctional – energy supply, rails and ports and water. One network industry that operates efficiently is telecommunications – where government privatised the once 100% state-owned Telkom. If Eskom and Transnet had been privatised then, our country would be far stronger today. 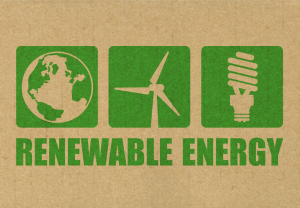 The postponements to the financial close of the fifth bid window renewable energy projects are terrifying, I write in Business Day. The bidding window system has pushed prices to rock bottom and inflation will put more pressure on the projected margins of the independent power producers because the input costs for their plants and operations have shot up. Energy security is government’s stated priority and we need to eliminate every threat to achieving it as fast as possible.