We must make clear to the world that the project of rebuilding institutions is working.

The World Economic Forum next week will see several business and political leaders from South Africa pitching the country’s prospects to global investors. While I spend much time in this letter and elsewhere focusing on our challenges as a country, a forum such as this allows us to soak in the international context.

The conversations are happening in a contested world. Political violence in Brazil and Peru, the war in Ukraine, the end of the zero Covid policy in China, inflation and a looming worldwide economic recession will give the assembled political and business leaders much to discuss. In that context, it is important for Team South Africa to land the right messages for our country.

The WEF comes two months after the Sharm el Sheikh COP27 at which South Africa presented its investment plan for the Just Energy Transition Partnership with several developed countries to provide $8.5bn (about R150bn) to support the energy transition. South Africa should ensure the WEF conversation reinforces this plan, achieving international solidarity across business and political spheres to be part of the project of decarbonising our economy while ensuring energy security and supporting development.

It will be important to reinforce that South Africa is a safe place for investment. Delegates will be conscious of the high risk of South Africa being grey-listed by the Financial Action Task Force next month, implying there are insufficient controls against money laundering and terrorist financing. But in fact, there has been considerable progress since the end of state capture in rebuilding the criminal justice system. Over two dozen prosecutions are underway against senior political figures and former SOE managers. In December, the National Prosecuting Authority won the right to extradite a former senior Eskom executive in the UK to face charges. The Guptas are facing extradition from the United Arab Emirates while their seized assets are being disposed of in South Africa.

While we continue to face serious law and order challenges, including the explosion of organised crime and extortion, we must make clear to the world that the project of rebuilding institutions is working. And we must never forget that it was the strength of our institutions, particularly the judiciary, media and independent central bank, that helped end state capture.

The economy, too, has shown some surprising resilience. It now seems GDP growth last year will beat forecasts, growing well over 2%. While economic reforms are urgently needed, the potential is clear: our mineral resources will be in high demand for the global transition to electric vehicles. Our business process outsourcing sector has been growing dramatically, with several global companies establishing large operations here. Our financial sector is world class, offering the skills and infrastructure to manage global capital flows. These are just some of the growth opportunities, if we can unlock the policy blockages.

Which brings me on to a unique feature of our country: our ability to work together to solve problems. BLSA is committed to engaging with social partners, particularly government, to find ways to mobilise resources to drive growth. As I wrote in my last column of 2022, we have had may successes from working together. We will be redoubling our efforts this year. I have no doubt in the good faith of many government counterparts and through programmes like Operation Vulindlela, many breakthroughs are being achieved. We have a full programme of action for the year ahead to confront our most pressing challenges, led by energy security.

I wish the best for Team SA in Switzerland this week. In the global context, South Africa offers a great deal of potential. We are keen to partner with the global community to realise that potential. We must present a united vision, one that acknowledges our challenges but also notes our successes. Ultimately, people of goodwill everywhere share the common objective of building a thriving South Africa. 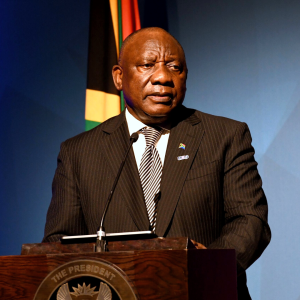 The ANC has a chance to demonstrate its commitment to accountability by appointing competent and qualified people to key posts – highlighted in the January 8 statement commemorating the party’s 111th anniversary – as it ushers in new leaders in various state ministries, I write in News24 Business. SA needs dynamic and effective leadership in the two priority areas which influence all other facets of the economy: energy and transport. These sectors are currently plagued by crime and corruption which is so deeply entrenched that #loadshedding is now part of everyday life and Transnet remains financially and operationally distressed.

The ruling party promises that it is determined to put the interests of its citizens first but given government’s track record it is difficult to be optimistic. Next year the country’s citizens will decide if it has done so.