BLSA is committed to various initiatives to support government to solve the energy crisis.

I find little solace in the fact that South Africa is not alone in facing an energy crisis. As we plunged into stage 4 over the weekend, the United Kingdom, United States and European Union were all facing various crises. California had warnings of blackouts last week as extreme temperatures led everyone to switch on their air conditioners and put the grid under unprecedented pressure. The EU and UK are facing record gas and electricity prices, leading to a cost-of-living crisis. The EU is desperately trying to reduce its reliance on Russian gas for energy.

These global crises are affecting us though – many countries are accelerating their transition plans, aiming to bring more renewable energy onto the grid faster. Apart from those facing immediate crises, many other countries have aggressive build programmes for renewable generation, led by China which plans to add at least 100GW of renewable energy annually over the next five years (that is about three times our entire nameplate energy capacity every year). This means there is a global rush on components for solar and wind energy production that will complicate global supply chains and capacity, just as South Africa is planning an aggressive ramp up in build rates of our own.

Already we have been tripped up by global conditions. Round 5 of the Renewable Energy Independent Power Producers Programme has been caught out by delays between the finalisation of preferred bidders and financial close. Financial close happens when all financial terms, including the amounts needed for capital expenditure and the cost of finance, are agreed and signed off. Up to that moment, projects are vulnerable to moving market prices. When Round 5’s preferred bidders were announced, they came in at a record low average of 47c/kWh – less than 20% of the average cost of Eskom’s existing production. But the price hikes since have tripped them up. It is now doubtful that all, or even most, of the projects will be able to close.

The first lesson is that delays must be avoided at all costs. The longer the time between preferred bidder and close, the higher the chance that market prices will move. In the case of Round 5, delays were caused by the Department of Trade, Industry and Competition’s requirement that projects meet targeted volumes of local content. The entire local production capacity is well known, and Round 5 projects exceeded it. Every moment of delay in stabilising our electricity supply comes at a cost to our industrial sector which has been shrinking due to high energy prices and uncertain supply, so these delays were an own goal for overall industrial development. Swift progression from preferred bidder status to financial close needs to be the absolute priority. Efforts to drive localisation must come second.

Localisation is still important, but we cannot magically produce capacity into existence – it has to be created over time. For that to happen we need a clear pipeline of new generating capacity We also must ensure that local production matches the prices and quality available internationally. The primary concern, however, must be that we do not delay new energy production coming onto grid.

We are now progressing into a massive new 5.2GW Round 6 of the programme that will be hitting global production capacity at the same time as global demand has spiked. Prices are very likely to exceed what was bid in Round 5. But we must learn the lessons and ensure we can swiftly get from preferred bidder status to financial close. We need to minimise risk of markets turning against us and we need to ensure electricity is added to the grid as quickly as possible.

BLSA is committed to various initiatives to support government to solve the energy crisis. We are helping to fund several efforts to support capacity in government with the appropriate skills. We have worked hard to help Eskom implement its own plans to increase renewable production. This is a national effort we all must be part of. We need to do it, however, with an eye on the global market place from which we must source capital goods and ensure we don’t allow policy missteps to trip up our urgent efforts to resolve the electricity crisis. 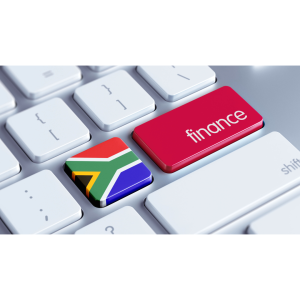 Home Affairs has reversed a disastrous decision it made in January to centralise all work visa applications in Pretoria, a refreshing reminder that government – sometimes – does listen to stakeholders and acts to rectify things. I write in Fin24 that the decision is a step in the right direction but the overall process of facilitating foreign investments needs to be streamlined. The bleak GDP figures in Q2 show how desperately the country needs foreign investment to help fuel economic growth. Yet companies that plan to invest in SA are burdened with over-regulation while they also have to face formidable challenges including loadshedding, corruption and rigid labour legislation. 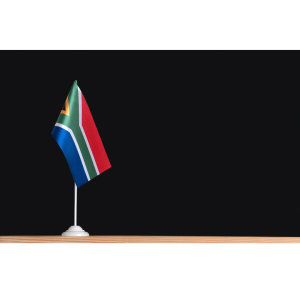 BLSA has established a bit of a reputation for forthright criticism of government when things go badly but the criticism is always driven by a passionate belief that we can transform South Africa, I write in Business Day. When struck by despair at the state of the country, we must remind ourselves that our economy is in the midst of massive restructuring in the wake of state capture and Covid-19.