We need to have a plan ready by the time of COP27 in Egypt in November that provides a clear path for the country to shift its carbon intensity.

Climate change is going to be the dominant theme of the next few decades. We need to be confronting it now by planning how we will reduce the carbon intensity of our economy. That is going to take massive investment to transform the way we generate electricity and manufacture.

I was pleased to hear last week that thinking is advancing on how we will finance this transition. Daniel Mminele, head of the Presidential Climate Finance Task Team, told the BLSA Council that many countries are keenly watching and hoping that South Africa will set a global precedent for how to engage international climate resources to support a just transition.

At COP26 in Glasgow last year, the Just Energy Transition Partnership was announced, which consists of the governments of France, Germany, the United Kingdom, United States and European Union, who have pledged $8.5bn in finance for South Africa’s transition. At R130bn, that is a significant amount to help finance the transition, but it is going to take careful planning and engagement. There needs to be clarity on just where the investment would go – from decommissioning aging coal-powered electricity plants to financing new renewable generation and reskilling  workers.

We need to have a plan ready by the time of COP27 in Egypt in November. It needs to be detailed and provide a clear path for the country to shift its carbon intensity in a way that protects those who are employed and otherwise rely on the existing energy generation system.

Work on this plan is taking place under Mminele’s leadership. In the first six months after COP26, the Climate Change Bill was tabled in parliament, the hydrogen economy roadmap was drawn up and, though the Presidential Climate Commission, a Just Transition Framework has been developed. The investment plan is giving priority to the electricity sector, including decommissioning coal-based power stations while supporting the communities affected, but also has plans for electric vehicles and a green hydrogen industry. These provide exciting opportunities for the South African economy, given our production of many of the key metals needed for electric vehicles and abundant renewable energy resources that could be tapped to competitively produce green hydrogen.

The private sector has an important role to play. We need to transition our industries in line with the just transition principles. We need to invest in infrastructure for greener production. But the opportunities are also abundant, stemming from the wider renewable energy supply chain, as well as electric vehicles and hydrogen.

The world’s eyes are on us, with cheque books on the table. But we cannot take this for granted – we must develop a world class transition plan. For once, financing it is not the main barrier – it is forming a clear vision of how we will achieve a transition and committing everyone to delivering.

I applaud Mr Mminele for the leadership he is showing in pulling that plan together. Business must be ready to do its part. Business leaders must engage and determine how they can align their own planning with the wider transition. As BLSA we will continue engaging with this work and supporting members in thinking through the consequences. The opportunity is there to grasp to ensure we become far more sustainable and become a leader in the world in managing a just transition. 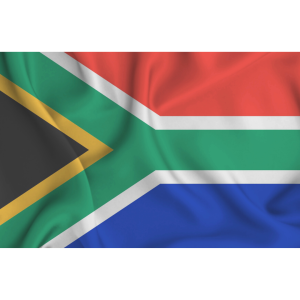 From unemployment and economic growth to crime and dysfunctional municipalities, South Africa is failing on critical indicators, I write in Fin24. The government failed to heed warnings from multiple sources and has now left everything too late, particularly in addressing the critical network industries of energy and transport. Government has to do better, but I’m concerned that the focus is on politics, with the ANC elective conference in December, rather than on national priorities. I implore those in political leadership positions to put the country’s interests first. 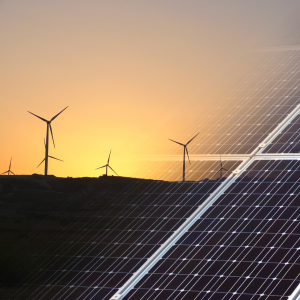 It has taken severe stage 6 load shedding for the government to finally realise that it can’t simply keep sticking to its outdated Integrated Resource Plan to address the energy crisis, I write in Business Day. Public enterprises minister Pravin Gordhan said the government was “taking on board” numerous proposals and is considering “scrapping the damn red tape” that is the prime obstacle to achieving energy security.