The economic crisis we have been trying to confront, one that has rendered most of our youth unemployed and seen real per capita incomes falling for eight years, requires a concerted effort between all social partners. Organised business has been seized with the challenge – partnering with government to create the Solidarity Fund when Covid struck, working to mobilise resources to support many areas of the public sector where critical skills are needed, from the energy sector to the criminal just system. This has required the mobilisation of huge amounts of money to ensure we can drive an economic recovery.

Yet as we have been doing all this, we were confronted last week with the most appalling act of economic sabotage. The Transnet strike is going to cost the economy billions. It is going to set back our efforts to drive a recovery. It will damage government revenue, robbing it of the resources needed to provide poverty relief.

Against that background, the decision by United National Transport Union (UNTU) and the South African Transport and Allied Workers’ Union (SATAWU), to go on strike last week, in the middle of negotiations that were ongoing at the CCMA, is another severe blow to the economy. The strike is at very least an act of bad faith given negotiations were under way at the time and several court cases are testing its legality. It caught both Transnet and government off guard.

It forced Transnet to suspend all activity in its ports, snarling up imports and exports for the whole country. Miners and many other companies are losing billions while this goes on, with early estimates putting the costs at R6bn per day. The unions have said the strike is indefinite and 15,000 workers are not going to be working today. Today all ports and freight rail are not expected to operate. This is disastrous not only to obvious sectors linked to direct imports like the medical sector, and exports, like the mining sector, but to the entire, interconnected economy. It further damages SA’s brand, with global cargo operators likely already moving on to other ports and further deprioritising SA. This is very bad news indeed.

And what is the fight about? Transnet, like other state-owned enterprises, is in financial dire straits. Revenue for the 2022 financial year was still R6.5bn below pre-Covid levels. It made a R5bn profit, only due to the revaluation of its assets that allowed it to book R10bn in gains, including a R6.6bn gain in the value of its rail infrastructure. It is carrying almost R130bn in debt, with ratings agencies reviewing its credit ratings for downgrades. Personnel costs for the last financial year were R26.2bn. In salary negotiations with workers it has now offered 3% increases and a R7,500 gratuity, money which it already cannot afford. On the other side, unions are demanding a 13.5% increase.

The strike action makes Transnet’s financial position far worse. It could trigger further ratings downgrades. It also cripples the economy and deals a severe blow to government’s revenue. Over the weekend news came that both sides had agreed to a new CCMA process at mediation. This is a step in the right direction, but the strike should be suspended immediately while engagement happens.

Several companies have approached Transnet with potential solutions including willingly offering to pay increased fees for Transnet services. There are also further legal options including declaring port workers to be essential workers. Given the economic situation we are in, this is an option to seriously consider. Without ports operating the whole country could collapse.

In our joint effort to turn around our country’s performance, the missing party has been labour. Where are the unions’ ideas on how to improve productivity and Transnet services to deliver some of that R100bn in additional output that could have been delivered this year? Where is the commitment to resolve blockages in the logistics systems? Where is the effort to fast-track planned port restructuring and rail public-private partnerships to improve performance and capacity?

Instead, we are dealt a severe body blow without warning, risking tipping the economy further into the abyss. It will be in vain – there simply is no money to meet union’s demands. For all of us being afflicted, it is a terrible blow. But perhaps the largest blow is to the standing of Transnet’s unions as credible partners in the effort to resuscitate this economy. 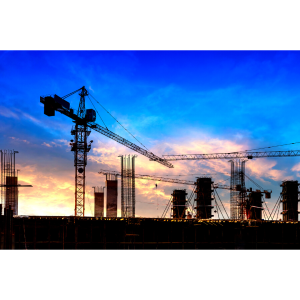 Not one large infrastructure project has been brought to market since President Cyril Ramaphosa launched the infrastructure fund in August 2020, which had a target of spending R100bn on new projects over the next decade, I write in News24 Business. BLSA has repeatedly highlighted the problem that the institutions responsible for infrastructure development are housed in different ministries that have separate mandates and processes. Private sector participation is key to getting the infrastructure programme up and running but the entire system appears designed to make this impossible. 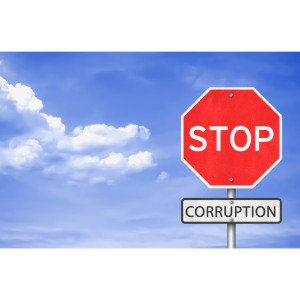 The composition of boards of directors is a hot topic of late which is healthy for our democracy as they play critical functions in both the public and private sectors, I write in Business Day. The consulting and auditing professions are two segments where the private sector interacted directly with corrupt elements within SOEs and the common factor was a failure of ethical leadership. SA needs to strengthen its processes to ensure ethical leadership in the public and private sectors and prevent corrupt elements from attaining positions of influence.