Real progress is happening and it is taking us towards a far better environment for business and the public.

We rarely pause to take stock of the improvements in our policy environment. The Presidency and National Treasury joint team, Operation Vulindlela, has notched up some significant wins. While some of these are working through the bureaucratic impediments to take full effect, they are on the way.

We now have the spectrum auction done. This was first mooted over 14 years ago however, various implementation challenges tripped it up over the years. It has materially increased the spectrum available to cellular operators and will go far to improving access to data across the country. It also raised a higher than expected R14.4bn in revenue for the fiscus. It happened because President Cyril Ramaphosa and cabinet colleagues focused on getting it done. Vulindlela cajoled all parties into alignment for it to succeed.

While it is hard to appreciate in the current loadshedding environment, there have also been material wins in restructuring the electricity sector. Vulindlela has supported the separation of Eskom internally into three distinct units for generation, transmission and distribution. This is an important first step to setting up a fully independent transmission systems operator that can procure electricity from the lowest cost producers. While the next stages will take time, the progress so far shows it is on track.

Energy procurement has also had successes, though it is a mixed bag. The independent power producers programme was put back on track after years of delays and has conducted a fifth auction round and begun a sixth. However, there have been challenges in achieving financial close on projects that have been selected in round 5, through a combination of bad policy around localisation and changing market conditions. The other disappointment has been the “emergency” procurement round that bizarrely resulted in very expensive 20-year commitments to buy electricity from floating power ships that have been tied up in litigation since.

Then there is the amendments to the Electricity Regulation Act to allow for private generation of up to 100MW, a potential game changer. Again, that was achieved thanks to the interventions from the top. The challenge has been that while the law has changed about licences, the National Electricity Regulator of SA is imposing onerous conditions for registration that are not much easier to comply with than the licence conditions that have been done away with. That impediment is now being focused on and I expect there will be breakthroughs soon.

There have also been important changes in water regulation, with improvements to how water-use licensing works to speed up permissions for new developments. Water quality is being improved through a revival of the green drop, blue drop and no-drop water monitoring programmes. There is some progress towards establishing an independent economic regulator for water.

There is also progress at Transnet with the completion of the long outstanding corporatisation of the Transnet National Ports Authority. Requests for proposals are also out to concession part of the Durban harbour and access to rail capacity. These initiatives face challenges but they are steps in the right direction.

When you add it up there has been remarkable progress. But we are in a marathon rather than a sprint. The regulatory achievements take time to filter into real changes in the economy. Cellular infrastructure has to be installed before the spectrum becomes functional, power plants have to be built to supply into the grid. It will be years before the changes so far have a material impact on the economy. But we are starting to see a reliable road ahead that will take us there. 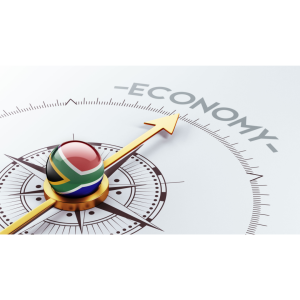 It’s sad that South Africa had so little to cheer as we commemorated International Labour Day, with unemployment at a staggering 35% while only 14.3-million South Africans are employed, I write in Fin24. There are a few levers we need to pull to rebuild confidence in our investment environment and rejuvenate our economic recovery. These Include implementing Judge Raymond Zondo’s recommendations; doing away with the bureaucracy that private companies need to navigate to get approval from electricity regulator Nersa to build a power plant; and the rollout of R1-trillion infrastructure programme. Business is more than willing to commit resources to overcoming obstacles to our economic recovery and is itching to get going with all of Judge Zondo’s recommendations. Judge Raymond Zondo’s latest report on state capture puts cadre deployment firmly in the spotlight. Zondo is scathing about the process whereby the Guptas told Zuma who to appoint to which SOEs and who to fire, I write in Business Day. BLSA fully supports Zondo’s recommendation that senior appointments at SOEs cannot be left in the hands of politicians and that an independent body be set up to execute this function.