Transition is not just about decommissioning coal power plants and switching to electric vehicles; it also must be about massively ramping up overall energy production.

The 27th Congress of Parties (COP27) kicking off this week at Sharm el-Sheikh in Egypt is a big event for South Africa. The South African delegation will be presenting an investment plan for the Just Energy Transition Partnership (JETP), a group of developed countries that have pledged $8.5bn of funding to help us reduce the carbon intensity of the economy. The goal must be to convert the political declaration made at last year’s COP26 into a tangible commitment by international partners to fund the transition.

Business needs to play close attention to this process. Should the delegation succeed, a major catalyst will come into play for the transition. Transition is not just about decommissioning coal power plants and switching to electric vehicles; it also must be about massively ramping up overall energy production. This will, of course, require huge investment in infrastructure, particularly new generating capacity and the grid, presenting opportunities for many businesses.

The good news is that the economics works: renewable energy is the least cost source of new power. There is a business case for transition, quite apart from the environmental case. Many of our coal power stations are reaching the ends of their design life with six Eskom stations due to be decommissioned in the next five years. As it is, the energy availability factor on stations more than 50 years old falls dramatically, so they produce less power. The huge investment needed will require considerable private sector participation, while a major construction effort will have to get under way. The biggest prize for business is ultimately going to be energy stability. While any disruption to the status quo will result in short term losses for some, the overall benefits are clearly significant. The transition is not going to be overnight – it will involve a gradual ramp down largely in line with existing decommissioning plans. Even the coal mines that currently supply Eskom will not see much change to existing life of mine plans. And mining for other industrial uses and export will not be affected. While the exact role of gas in the transition is not settled, I expect it will play an important role as a transition fuel, creating new opportunities in that sector.

The investment plan the delegation will present in Egypt was made public on Friday. It sets out a vision for electricity production from renewables, a switch to electric vehicles on our roads and a major new green hydrogen industry. All of this is going to take R1.5-trillion of new investment until 2027. I hope it gets enthusiastic backing from those at COP and the delegation can return with firm commitments of funding. The plan itself, however, needs to go through a period of public consultation. Some of the elements need more thinking, particularly the roles that the private sector should play in investment, as well as building and operating parts of the new system.

Business strongly supports the just transition. In that we are aligned with most of government. What jars, however, is when prominent politicians seem to fall out of line. I was taken aback by comments last week from finance minister Enoch Godongwana that Eskom will be forced to continue investing in new coal and nuclear as a condition for its debt restructuring plan. By the end of the week, however, his ministry had issued a “clarification” emphasising that the minister is “fully committed” to the JET framework and that his point was only that communities worst affected by the transition will be protected. Protecting communities is of course critical, and that is at the core of the just transition.

To that end I was pleased to see the announcement on Friday that a R9bn World Bank loan to fund the conversion of the Komati power station had been signed. As I wrote last week, this is an excellent demonstration transaction of how a just transition can be delivered.

I wish the South African delegation the best and look forward to seeing the fruits of their efforts. COP27 will hopefully be a marker in history of when the world committed to supporting our transition. Organised business stands ready to work with government on implementing the plan. It makes business sense. 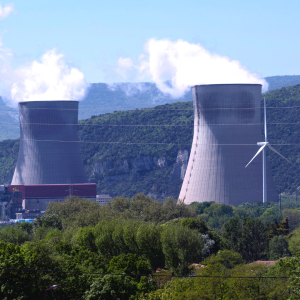 The meticulous planning that has gone into repurposing the Komati power plant to produce 370MW of renewable energy without any job losses offers a strong template for future stations that are nearing end of life, I write in News24 Business. However, Eskom now faces a serious hurdle in terms of generating enough new capacity not only to match the amount being decommissioned but to ensure there is sufficient stable supply to meet demand and end #loadshedding. BLSA calls on the @DMRE_ZA to urgently address the shortfall in energy generation to prevent #loadshedding from extending well beyond 2024. 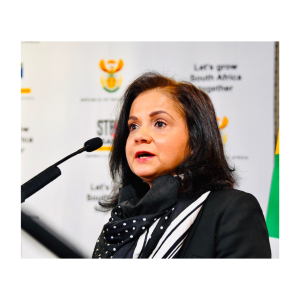 A lot of people in high places will be sweating following the arrest of former Eskom acting chief executive Matshela Koko on charges related to a multimillion-rand irregular contract for building the Kusile power station, I write in Business Day. South Africans needs to see justice being done – jailing perpetrators will be a dramatic morale-boosting moment for all South Africans who are sick of the widespread corruption this country is suffering.