BLSA looks forward to more work with the police and communities to improve SA’s fight against crime.

Last week we were reminded of just how seriously crime affects this country. Figures for the first quarter of 2022 showed a shocking increase in violent crimes like murders, sexual violence and assaults. Murders increased 22% to 6,083 for the quarter, working out to an average of 67 murders per day. These statistics show the horrendous toll that crime has on all South Africans.

BLSA has long been active in channelling business support to the fight against crime. Our Business Against Crime South Africa (BACSA) project is a major coordinator of resources and information to support the police and prosecutors.

The human tragedy of crime affects employees and customers and presents serious security challenges to businesses. Commercial crime also damages the economy, with over 25,000 cases reported in the quarter, a 13% increase on the previous year.

BACSA has developed the Eyes and Ears Initiative, drawing together businesses, the police and the private security industry to share information and tackle crime. It uses private sector resources like vehicles, helicopters, cameras, drones and staff to react to reports of crime alongside the police. It uses technology like number plate recognition cameras and systems, closed-circuit television and artificial intelligence. Last year a Business Fusion Monitoring Centre was established to bring all this information together and ensure it is analysed and disseminated to the police to detect, prevent, investigate and respond to criminal activity on a national level. Over 550 verified live alerts are shared with the police every day.

One of the problems businesses have had to deal with is increased efforts at extortion. A business mafia has evolved that threatens businesses, demanding inducements to avoid consequences. This has become a priority national crime and BACSA has set up an information-sharing site to capture all information regarding extortion incidents. By capturing such information we can understand trends and connect incidents, improving the probabilities of arrests and successful prosecutions. You can access the reporting portal at https://e2.bac.org.za and I encourage every business that has been subject to any extortion attempt to do so.

When announcing the figures last week, police minister Bheki Cele called for government, business, NGOs, civil society and communities to come on board to fight crime. BACSA shows how collaboration can lead to positive results and business is an eager partner to government and other stakeholders to support the fight against crime.

Crime of course is a complex phenomenon that has many causes. Poverty and social disfunction certainly contribute. The crime figures were particularly bleak for women, with murder, attempted murder and assault recording double-digit increases (though 90% of murders are of men). Over 10,000 rape cases were reported in the quarter, a 14% increase. The number of children murdered increased by 37%. Our most vulnerable are facing the most serious consequences of the crime wave.

The minister noted however that policing depends on good working relations between communities and their police. The minister has put pressure on the police service to introduce accountability at station level, to ensure that the trust of communities is earned. The ministry and police are implementing a Station Accountability Plan, starting with the top 30 high crime police stations, that will put in place action plans to reduce crime, work with community organisations and deploy national resources. The minister advocated for simple changes like ensuring police personnel work over weekends, when crime is most common.

The crime figures are horrendous, but I am encouraged by the calls for partnership and the practical interventions to ensure that police stations become partners with communities to fight the scourge of crime. We in organised business are ready to be part of these efforts and I look forward to more work with the police and communities to improve our fight against crime. 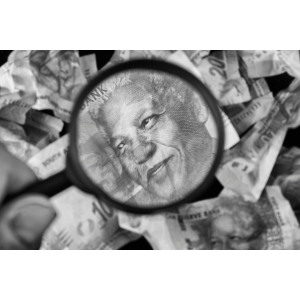 Prosecuting those implicated and strengthening our systems are two of the three elements we need to finally put state capture behind us. I write in fin24 that the final element is recovering what was stolen. 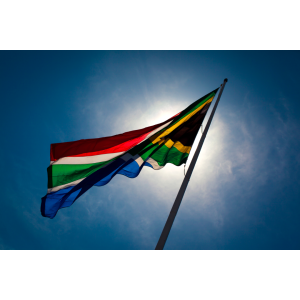 BLSA hopes that S&P Global’s decision to revise its outlook for SA’s creditworthiness from stable to positive marks the beginning of a recovery in the country’s credit ratings that will lead it back to investment grade, I write in Business Day. This is testament to the achievements of the government in stabilising what had been a spiralling debt situation through the Reserve Bank and National Treasury. SA’s challenge now is to keep moving forward with reforms and to get the R1-trillion infrastructure programme rolled out meaningfully. Only then will investment rates pick up.