Unemployment is a strategic focus for BLSA and I want to build on our set of positive interventions that we can look to deliver with government.

I’m calling for your ideas. The unemployment figures last week showed youth unemployment is at a shocking 65.5%. We must do more to change this.

I know well that regulation can make it difficult and expensive to hire. The responsibility remains with government to ensure it creates a business environment in which hiring is easy. But I appreciate that to do so government needs intelligence from the coal face of the jobs market. As BLSA engages with government on ways to confront the crisis, I need your insights and suggestions on what would ease up your hiring decisions.

There are many efforts being made by government to confront the crisis. In February’s budget, the employment tax incentive was increased by 50% to R1,500 per month, effectively a subsidy for entry level youth employees. The presidential employment initiative has been allocated R18.4bn over the next two years to create short-term jobs for young people and has various programmes in action to do so. The Youth Employment Service (YES) has created 75,000 job opportunities by working with government and business to incentivise businesses to hire. These are all positive interventions that are helping thousands of young people but clearly it is not enough.

The formal sector employs almost 10-million people. Growth happens when businesses are confident about the future and expand capacity, rather than when they are leaned on to hire people. But, as important as growth is as a starting point, there is something to be said on the labour intensity of growth. If we can find ways to reduce the transaction costs involved in hiring, we can ensure that, all else being equal, companies will hire more employees.

Unemployment is a strategic focus for BLSA and I want to build on our set of positive interventions that we can look to deliver with government. Please do reach out to engage with your thoughts on real changes that can be made. Email me here. 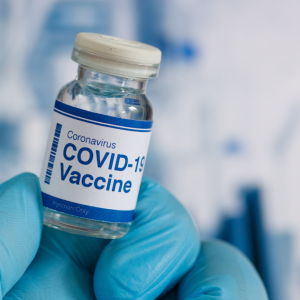 I was shocked by the news that 12-million doses of Covid vaccines are going to be destroyed, having reached their expiry dates. It struck me how the narrative around vaccines has shifted, from the indignant berating of pharmaceutical companies and rich countries for failing to provide sufficient supplies to Africa, to a situation where we have been unable to use what we have.

The vaccine effort remains very important. There are 19.4-million South Africans who have been fully vaccinated, including 70% of those over 60, but the national average is 49% of the adult population. And the rate of new vaccinations has been slowing, with just 67,560 in the most recent week, compared to a peak of over 1-million in September last year.

We seem to be at a point where the pandemic is becoming endemic, a normal part of our lives in which the virus ebbs through the seasons. The international medical opinion is settling on a view that the future will consist of annual booster shots, calibrated to cope with latest variants. Governments are now preparing for this future, in which Covid is added to the list of potential respiratory illnesses that can see occasional outbreaks. The endemic stage happens when these patterns become predictable and scientists are working on developing reliable models for these.

But it remains clear that the impact of future variants and outbreaks will be  reduced if we have a high vaccination rate. Vaccination has to be an ongoing part of our public health response and we have to build our reach deeper into the population. We must prepare for a future in which regular booster shots are going to have to be part of our lives and it must be comprehensive, including the poor and marginalised.

Business obviously has its role to play through our employees and engagement with customers and communities. We have been a willing partner to government in the vaccination effort so far and we should start the conversation about what the endemic phase will look like and how we can ensure we deliver the best outcomes for the population as a whole. I look forward to more conversations on this future both with business and government. 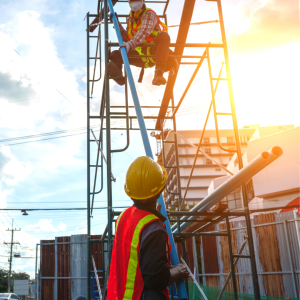 At the core of South Africa’s problems is a labour force that is expanding faster than job opportunities are being created, I wrote in Fin24. The Quarterly Labour Force Survey makes for grim reading, with unemployment climbing from 34.9% in the third quarter to 35.3%. Had it not been for the delays in the infrastructure programme, spectrum auctions and other reforms, benefits such as job creation would already be starting to filter through into the economy. 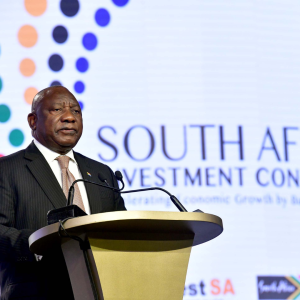 President Cyril Ramaphosa didn’t sugar-coat South Africa’s problems at the SA Investment Conference last week. He gave an honest account of what needs to be done, which is important because investors must be aware of the challenges they face, I wrote in Business Day. The best way to convince investors that the government will deliver is to remove the blockages that are hindering progress in the numerous reforms under way.