I was disappointed by the announcement by UK authorities on Friday that SA would remain on its “red list” of countries. This decision is bad for the two countries’ economic ties.

I was disappointed by the announcement by UK authorities on Friday that South Africa would remain on its “red list” of countries. This decision is bad for development in South Africa and bad for the two countries’ economic ties.

Travellers from red-listed countries are required to quarantine on arrival for 11 nights in government-controlled facilities at considerable expense. This is a dramatic disincentive to tourists and an effective barrier to businesspeople as they can seldom afford 10 days of forced isolation. The consequences for both South African and Britain are significant.

The UK is now an outlier in its treatment of South Africa-sourced travellers. The European Union, Canada and United States now allow vaccinated travellers from South Africa without further restriction. This flies in the face of the UK’s post-Brexit strategy of becoming “Global Britain” – indeed the European Union is proving far more global than the UK.

In advance of the decision, BLSA wrote to UK prime minister Boris Johnson urging him to reassess restrictions on Southern Africa which frustrate trade and have a severe impact on the lives of millions who depend on travel for business, education, sport and cultural exchange. The letter was co-signed by BLSA members including large multinationals with operations in both countries.

Before the pandemic, 440,000 UK travellers visited South Africa in 2019, making it the most important overseas market for tourists to South Africa. They spend R10bn during their visits. This activity is a key part of our tourism industry which directly employs 657,000 people, 87% of whom come from disadvantaged backgrounds. The UK’s decision therefore has significantly negative effects on development in South Africa.

The lack of a clear rationale for the UK’s decision risks creating resentment towards the country at a crucial time in its engagement with the rest of the world. This is particularly sensitive for South Africans who have close cultural and familial ties to the UK. Apart from business links, many families split between the two countries have been unable to see each other for over 18 months because of the travel restrictions. This has been exacerbated by constant stories of the poor treatment of travellers in the UK’s government-controlled quarantine centres, despite the R46,000 cost of the 11-night quarantine.

Reviews of the red list take place every three weeks. The UK must take a balanced approach in future considerations of South Africa. There needs to be clarity on the scientific basis for the risk categorisation of South Africa, and due regard for the business, cultural and developmental relationship between the two countries. 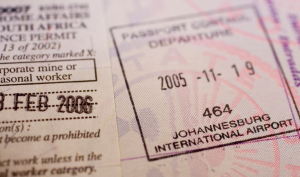 The first bits of economic data reflecting the effects of the July unrest are coming through, with business confidence falling by seven points to 43 in Q3. It is now back in negative territory, well below the neutral 50-point mark, I wrote in Business Day. The unrest came after encouraging developments on our reform front and have set back our recovery efforts. 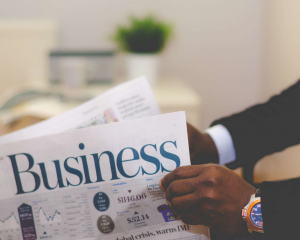