The process of moving forward from the state capture era must involve a full reckoning for those businesses implicated.

The latest volumes of the Zondo commission report, released last week, have added to the list of those implicated through the detailed examination of the state capture era.

The additional volumes do not yet conclude the Zondo process – the final document is due at the end of April. Already, however, this long and expensive process has made clear how our country was systematically repurposed to divert public funds to corrupt recipients. Its institutions were infiltrated and then undermined, procurement processes twisted to serve criminals and the checks and balances of our democracy destroyed to ensure impunity.

With the final report, focus must turn to acting on the recommendations, though we have seen many already in the first three parts of the report. A lot of these concern investigations and prosecutions that need to be undertaken, presenting a huge task for the National Prosecuting Authority. There are also recommendations on the structure and processes of many institutions, such as that the leadership of state-owned enterprises be selected by an independent body. These will define an agenda for lawmakers and parliament will need to develop legislation to implement recommendations.

Many people are implicated in the report. Some have threatened to turn to the courts to challenge the report. I think this is the wrong way to go – the report recommends investigation and, where appropriate, prosecutions. It is not a prosecutorial process in itself. Those implicated will have ample opportunity to defend themselves in court. Challenging the report does nothing to advance the cause of justice and adds to the significant costs already incurred by the commission.

Of course, some of those implicated are in the private sector, including prominent businesses. As I have written here before, those who did wrong must be fully held to account. Organised business was at the front of the charge against state capture and BLSA, among others, worked tirelessly to root out corruption in both public and private sectors. The process of moving forward from the state capture era must involve a full reckoning for those businesses implicated. I strongly support that outcome.

A critical issue to manage is the capacity and resources of our investigating and prosecuting services. The NPA has been battling to overcome the serious damage done to its capacity during state capture and must now face an unprecedented number of often complicated prosecutions to manage.

Discussions are under way on how business could appropriately support our public investigation and prosecution capacity. The private sector has in its ranks the kinds of forensic investigators and analysts that are needed for the state to build strong cases that will lead to successful prosecutions. The challenge is how those skills can be put to work within an appropriate financial framework in which the integrity of prosecutions is sacrosanct.

There is goodwill all round, and the technical modalities for such support can, I believe, be resolved between government and business. BLSA has long supported the criminal justice system through its division Business Against Crime, so such support is a natural alignment with our objectives. The business environment fundamentally depends on the rule of law. As the Zondo commission concludes its work, I will be working alongside colleagues to ensure the next stage of our recovery can proceed effectively. 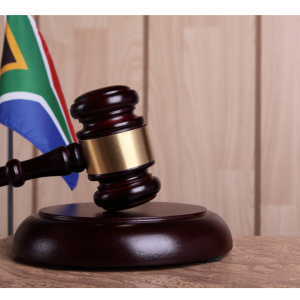 Finance Minister Enoch Godongwana’s strong adherence to fiscal consolidation and his focus on transforming the legislative framework for private-public partnerships in his maiden budget was impressive, I write in my Business Day column. BLSA welcomes the minister’s “tough love” approach to SOE bailouts, but all policies and reforms need to be implemented urgently.