Whatever courts find on lockdown details, there is no doubt that social distancing and health protocols work and must be in place.

This crisis is far from over and we cannot afford to be distracted in the fight against the disease. With 46,000 confirmed cases and nearly 1,000 deaths, the numbers are going to continue to climb, representing the grim reality of lost lives and suffering.

Yet, I feel the social solidarity that is essential to this fight is fracturing. One of the reasons is that government is facing court action on several fronts over the lockdown. Last week, the high court declared various lockdown regulations unconstitutional, saying that government had not properly considered the impact of the lockdown regulations on people’s constitutional rights. Government is appealing the decision, and another court may find differently. But for a frustrated public, the court finding appears to give legitimacy to their grievances over the lockdown.

Of course, government must act within the law. It must place the constitutional rights of everyone first, including, of course, their right to life. That, ultimately, is what this battle is about. In aiming to save as many people as possible, government’s decisions must be rational and clearly connected to that outcome. The high court’s criticism focused on the rationality test, asking, for example, how it can be rational for 50 people to attend the funeral of a deceased, but for close family to not be able to visit and comfort someone in their homes during their last days. Government should answer these criticisms. In protecting lives, government cannot trample on other rights for no good reason.

But the rest of us, from business leaders to the public at large, cannot afford to lose focus in this fight. Whatever courts find on lockdown details, there is no doubt that social distancing and health protocols work and must be in place. As business, we must act to protect our employees and the public. Many businesses are showing the way with extensive testing and treatment programmes for their staff. The public must stay committed to using face coverings and maintaining social distancing and everyone must help each other to do so.

The president has wisely said that government will not get everything right. This is a crisis that we are learning to cope with as we go. Government needs to be flexible and responsive to evidence as it comes in. We have seen it change course, such as reversing the ban on e-commerce. This flexibility shows that it cares and is focused on winning the fight. It allows everyone to be on the same side. 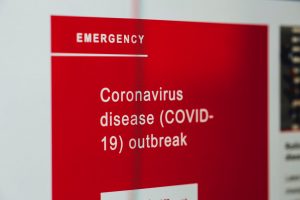 Next week, government’s ban on the sale of tobacco products will be tested in court too. It will have to demonstrate that the ban is well motivated in that it reflects the best scientific thinking on how smoking affects Covid-19 outcomes. It will also have to demonstrate that the ban is effective in actually reducing smoking and not instead creating a thriving illicit tobacco industry that will create greater harms to the public (lost tax revenue, increased criminality, increased risk of infection, loss in earnings for legitimate companies) than the benefits government envisages. As the BLSA division, Business Against Crime, has argued there are many harms that the ban is causing. 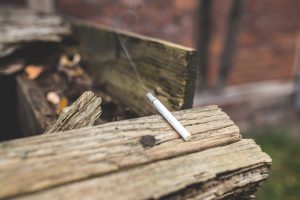 The social compact in South Africa shouldn’t just be a lofty ideal but should be practised – and business needs to be given the space to contribute, I wrote in my Business Report column. At the heart of the delay in reopening schools last Monday seems to be a procurement process gone wrong. There were protests in some provinces by local suppliers who wanted to provide protective equipment at schools. Concerns were raised over the role Bidvest was playing in the sanitation of schools across the country, with some questioning why small businesses weren’t given special preference for this. These protests were conducted despite Gauteng MEC for education, Panyaza Lesufi, saying the services company had not been awarded a tender but had voluntarily pledged to sanitise hundreds of schools in the province for free. Given the disruption of schooling for over two months, the focus should have remained on the ultimate goal of getting kids back to school. Business needs to be allowed the space to participate meaningfully as a stakeholder in the country and to do something because it is the right thing to do without benefiting in any material way. Another factor that could possibly have avoided the delay is if government processes were digitised. That would have enabled the state to find smaller companies faster and easier – and transparently. 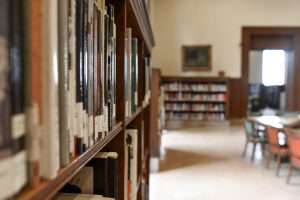 More than 10 years ago the politics of the governing ANC changed dramatically when, frightened by the financial sector crisis unfolding across the Atlantic Ocean, it called for an increased role of government in the state. The governing party, through its control of state-owned enterprises (SOEs), would drive a developmental agenda. SA’s report card since then is not kind on the state with Eskom and SAA saddled with debt and many other SOEs dysfunctional. Recently published ANC economic proposals now show that in at least one aspect, we could expect some welcome change – it is now open to some degree of private ownership of SOEs. However, offering only a small stake in any entity will not appeal to investors if they do not gain any say over the running of the company. At the very least, the state will need to offer controlling stakes, which will enable investors to ensure that they can fix what’s broken and set them on a path to recovery, or offer minority stakes with very stringent management contracts granted to those investors, I wrote in Business Day. 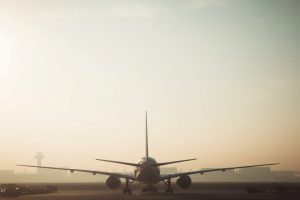 A reminder that BLSA hosted Public Enterprises Minister Pravin Gordhan on a webcast on 29 May to discuss government’s plans for the economic recovery, including the process of overhauling all SOEs. This entails evaluating each SOE for relevance, assessing its business model, recognising its fault lines and modernising and restructuring. Another element is tackling corruption, with lifestyle audits of SOE officials to begin shortly. These are encouraging steps on the path to recovery. Read the write-up of the minister’s briefing here.