We are in a living experiment of different policy choices in response to the Covid-19 crisis. The lock-down that we are enduring represents the best policy choice given the experiences of countries around the world that have faced the virus earlier.

We are in a living experiment of different policy choices in response to the Covid-19 crisis. The lock-down that we are enduring represents the best policy choice given the experiences of countries around the world that have faced the virus earlier. The president rightly deserves praise for the decisive intervention.

But as the experiment unfolds it is clear we must learn and adapt. The specific rules around the lockdown can be shaped to ensure it has the health impact we want but not the unintended consequences that can be avoided. However, any changes to the rules must be done for the right reasons. They must be assessed according to the evidence – both the health evidence and the economic evidence. Where we can achieve an economic gain without any health loss, it is clear we should do it.

However, last week showed the risk of missteps. Transport minister Fikile Mbalula risked undermining the goodwill and plaudits that government’s response so far has earned. It was right to engage with the taxi industry and understand what steps can be taken to enable it to function safely. It was wrong to give in to pressure and ignore the health consequences of those decisions. The minister lost credibility by first giving in to taxi demands and then partly rescinding that decision (from 100% capacity in taxis to 70%, whereas initial guidance had been 50%). It is still not clear what the health impact will be and whether it is acceptable.

Where economic activity can take place within acceptable health risks, we should be enabling it. The impact of the lockdown on our economy has been enormous. Google data, which tracks movements based on cell phones, shows that movement to retail and recreation centres has fallen 79% while mobility has fallen 80% at transport nodes. This real-time data is a harbinger of what to expect when longer-term data like retail sales, manufacturing output and, of course, gross domestic product, emerge for this period. It is going to be dire.

The economic effects of the crisis disproportionately hit the poor. Those employed in the formal sector have a higher chance of working for companies that have cash reserves to get them through this period. They are also more likely to have their own savings or be able to access loans. But the larger informal sector is far more vulnerable to economic shocks, often functioning hand to mouth. A disruption to economic activity quickly translates into a decline in the ability to put food on the table. We risk the economic consequences leading to serious health consequences as poverty levels rise and people struggle to obtain the basic means of subsistence. Direct support is going to be needed through feeding schemes and financial support, but where economic activity can be allowed to safely resume, such as informal trading subject to clear health protocols, it should be done.

The larger end of the economy is also important. Government will be experiencing a collapse in revenues from taxes, particularly VAT and income taxes, at exactly the time it needs to be marshalling resources for the fight against the crisis. The rapid depreciation of the rand has many contributing factors, but one of them is the cessation of exports from our ports. Where we can safely undertake exports, particularly of goods already produced, there seems to be no reason not to. A weak rand and lack of hard currency earnings make it difficult for the country to acquire the medical and other inputs produced overseas for the battle.

Importantly, however, the more of the economy we can keep going during the crisis, the more we will have to work with when it comes to the recovery. Every day that a business is closed its chances of ever reopening diminish. Even if we can keep businesses open on a substantially reduced scale of activity, we are increasing the chance they survive the crisis. 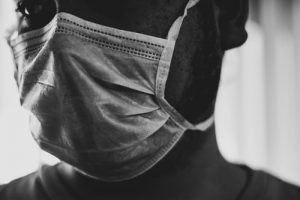 In times of emergency, you need emergency measures.

We need an emergency budget, this month, to deal with the economic destruction wrought by the coronavirus and two consecutive downgrades of our investment ratings. Fitch Rating’s downgrade of SA further into junk on Friday contributed to the rand moving beyond the R19/dollar level, having started the year at round R14/dollar.

Fitch said the country lacked a “clear path towards” stabilising its debt and maintained a negative outlook on our rating, meaning the next move could be a further downgrade particularly because the coronavirus is likely to force that debt to expand rapidly: Fitch expects the consolidated fiscal deficit to surge to 11.5% of GDP in 2020/21.

The crisis demands dramatic measures. An emergency budget would be the first step in tackling the country’s debt situation, with resources also reallocated to where they’re now needed most to address the coronavirus’ effects. 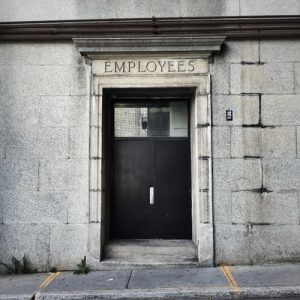 The wasted nine years of the state capture era have eaten into all reserves of strength. We have very little left in our arsenal to confront the recession we experienced in the second half of last year and which the coronavirus is going to make a lot worse. Economists predict that our economy could shrink by 4% to 5% this year, compared with the 0.2% growth projected by the SA Reserve Bank before the impact of Covid-19.

We have serious limitations and there’s very little that can be done on the fiscal front except to put up policies to boost the economy. I wrote in Business Report last week that there’s no time for age-old ideological battles that occur inside and outside government – the promised structural reforms in areas such as energy must be delivered now. That is the only way to shorten the recessionary period and get the economy back onto a growth path.

There’s no public purse to alleviate the pressures of an ever-lengthening jobless queue. Policymakers can no longer shirk their responsibility in favour of political carefulness. 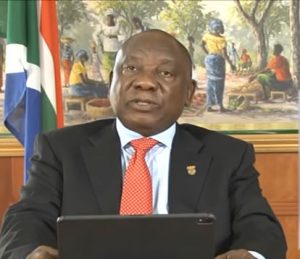 Much faith was placed in the political changes that came when President Cyril Ramaphosa ousted Jacob Zuma as president of the governing ANC. What followed was “Ramaphoria”, quickly watered down by the realisation that turning around the SA story after years of confidence-sapping developments on both the political and economic front would be an arduous task for any mortal. Let alone one who won his presidency by the skin of his teeth.

Along with his finance minister, Tito Mboweni, the president has certainly spoken up a good game about the government’s commitment to structural reform and fiscal consolidation. Rallying the troops has, however, proved another matter altogether and as much as we applauded February’s budget speech for adding some meat to bone, it simply wasn’t enough to steer us past the economic iceberg — which we finally hit with the Moody’s credit rating downgrade.

The tragedy is that we could have avoided it. Sailing into this iceberg would be disastrous at any time but striking it during the most uncertain global economic environment this century makes for the perfect storm.

The one thing that gives me some cause for optimism is when I consider how well the SA state has led us through the test of the coronavirus so far. Over the past few weeks, there’s been an alignment within government that, previously, has been absent. It’s this sort of alignment, as I wrote in my Business Day column, that can pull us from the brink.