The Sword of Damocles has fallen. SA’s debt is now rated junk by Moody’s and raising new debt will be more expensive. The question is what government does next.

The Sword of Damocles has fallen. Friday night’s announcement by Moody’s that it has downgraded South African debt to junk was widely expected. This is it; our debt is now junk and raising new debt by government or businesses is going to more difficult and expensive. So, what do we do now?

The Covid-19 crisis was not directly relevant to Moody’s decision, though it massively complicates the situation. As I wrote last week, the crisis is a health disaster but also a serious economic one and requires decisive intervention by government alongside business to protect the economy. Frankly, the Moody’s downgrade is a marginal impact to the economic outlook as it stands, which was already extremely serious. Junk status will be with us long after the disease has been brought under control. But the way we act now to defend our economy through this crisis will heavily affect our prospects of rebuilding an economy capable of regaining investment grade in the future.

We gained investment grade 21 years ago after hard work by our government to put the country’s finances on a sound footing. We have lost it because of the mismanagement and corruption through the years of Jacob Zuma’s presidency which allowed our debt levels to balloon massively, making ratings agencies doubt our creditworthiness, while undermining key oversight institutions. We have lost it because of five years of negative per capita economic growth that has constrained tax collection and employment.

But we have also lost it because we did not grab the opportunity we had to address our challenges in the last two years. We knew what needed to be done, but we failed to implement, or at least, did not implement fast enough on a large enough scale. While the president has achieved many things in his first two years of office that are positive for the economy, such as signing the Continental Free Trade Agreement, appointing capable leadership at Eskom and building capacity at the National Prosecuting Authority, there are also major issues that we did not deal with. The most obvious is energy – despite all policies pointing in the right direction to rapidly expand energy generation outside of Eskom by allowing self-generation by companies and a further round of procurement through the IPP Programme, nothing has yet been delivered. As Moody’s commented: “A strategy to stabilise electricity production has been slow to emerge and has yet to prove its effectiveness.” Moody’s also mention the damaging debate over property rights that has undermined investor confidence, and which still has not been resolved.

We also failed to deliver many other structural reforms – interventions that can make a step-change in the potential of the economy. Labour market reform is one of those Moody’s mentions, but there are many others such as enabling skilled foreigners to obtain visas more easily, finalising mining regulations that have been in limbo for over a decade, creating a conducive regulatory environment for oil and gas development, and cutting red tape around businesses on issues ranging from registrations to exchange control compliance. National Treasury’s economic reform paper published last year provides a comprehensive set of reforms that cabinet has said it endorses – but so little has been done to act on it.

However, Covid-19 is the urgent challenge now. How we deal with it will set the baseline for how rapid our recovery will be after the crisis. We must defend as much of the economy as possible – keep people in their jobs and keep businesses alive. The president has announced several interventions to protect the economy, but these need more urgent implementation. The president has stopped short of declaring a state of emergency, yet such a declaration would enable him to access more resources and to implement regulations rapidly.

Employers need access to payroll support immediately or they will have no choice but to lay off workers who have no way of working due to the lockdown. Companies need access to bridging finance whether via the banking system or some other mechanism, to be able to avert business rescue proceedings as their operations lie idle. The more of the economy we can save, the more we will have to work with when we reach the end of this crisis. The president should have all the authority to act on these and other measures without the usual bureaucratic constraints.

And when that time comes, I hope the experience of this war will change the way we deal with our problems. The virus has been ruthless in crushing sacred cows and ideologies around the world, humbling politicians to step back and listen to the scientists. When it comes to rebuilding our economy, we must maintain this respect for expertise.

It is often said that South Africa is a country full of excellent economic plans, but none are ever implemented. The pandemic has taught us a lesson about decisive and urgent action. We must take that lesson to heart and apply it to rebuilding our economy. 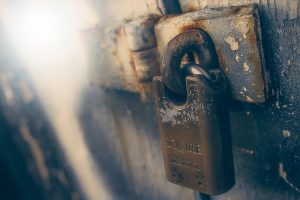 We’re into day four of the lockdown, a first in South Africa’s young history. This is a new experience that we are all going through. For many, this period of domestic confinement heightens our anxieties about our shared future. This is understandable given the sight of army deployments across the country, which to some is a throwback to decades past.

It’s rather dramatic but solid in that we are acting early, at a much earlier case load than when other countries took such action. Our night doesn’t seem as dark and for that we must give credit to the clarity of messaging. I wrote in Business Report last week that this is the greatest test of our young history and the leadership of the President Cyril Ramaphosa along with his health minister has been exemplary. 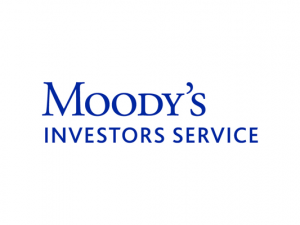 I wrote in my Business Day column last week that countries that can commit to reforms and provide certainty in policymaking will be first to attract investment capital in an even more fiercely competitive post-coronavirus world. This was in advance of the Moody’s decision, but the point applies even more now.

Of course, the lockdown and suspension of so much business activity is going to have a profound effect on our already struggling economy and I fear past failures to address the much-needed structural reforms will haunt us in the post-corona era. 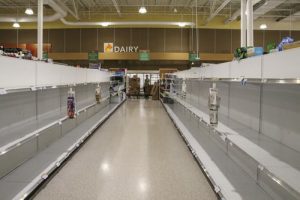 During this crisis, business has to come together on three main issues – defending the economy, working with labour to cushion the impact on workers and supporting the public health effort. I shared these thoughts in this interview with Engineering News. BLSA, with Business Unity SA, is working alongside its members to develop capabilities and responses, and to ensure alignment with government’s efforts.