There is a lot government can do from a policy point of view to increase the survival rate of small businesses.

The president’s announcement last week that the cabinet will donate one third of their salaries to the Solidarity Fund was an important signal. Already, business leaders like Nedbank CEO Mike Brown, public sector leaders like Rhodes University Vice Chancellor Sizwe Mabizela and politicians including the Economic Freedom Fighters’ public representatives have joined him. This is a powerful symbol of how we can all work together in this crisis. The problem is that many in the private sector, from business leaders to workers, are seeing their income cut, not because of any choice to donate, but because of the economic shock of the crisis. Businesses are closing and employees being let go. Companies large and small, formal and informal, are facing a massive contraction in income. We don’t yet have clear data on how severe this is, but it is starting to emerge. A survey by University of Cape Town students of 250 small businesses across the country found that a staggering 95% couldn’t afford to pay their staff and half didn’t believe they would survive to the end of this crisis.

The pressure is on all of us to do what we can to keep alive those businesses that are sustainable. When the time comes for recovery, the more businesses that have survived, the better position we will be in to restart the economy.

There is a lot government can do from a policy point of view to increase the survival rate. Apart from economic interventions to directly support businesses (though note that the UCT students’ study found that 85% of the respondents didn’t know how to access government help), government can enable companies to do more to save themselves. Selectively allowing businesses that can operate safely during this crisis to resume not only allows them to survive but also generates revenue for the government (as I argued here).

But government could also provide a temporary reprieve from the expensive and, particularly in current conditions, slow and cumbersome process of amending workers’ terms of employment. We want companies to keep workers in work, not to retrench or close. However, our labour law makes it difficult to reduce workers’ salaries. In normal conditions that is entirely as it should be; a contract of employment is between two persons and must be respected. But in these conditions, it is a heavy burden on companies that tips many of them into bankruptcy. Employers should always seek voluntary agreement from employees in the first instance, but where that cannot be obtained, companies should be able to impose reductions if it means they can avoid bankruptcy as a result. This should be made simple and cheap for companies to do, cheaper at least than the alternative of declaring bankruptcy. A letter to the Department of Labour with signed confirmation from an auditor that the company’s cash flows cannot meet payroll demands should suffice. This can be made feasible through regulations in terms of the Disaster Management Act and can be lifted as soon as the state of disaster is lifted.

This is a matter that organised labour should be willing to work through with business. Ultimately, it is about saving jobs and improving our prospect of a quick recovery after the crisis. 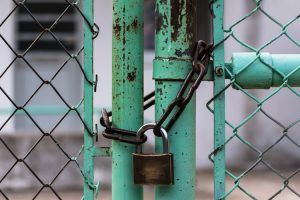 The ANC and its alliance partners, the SACP and Cosatu, recently issued a strong statement rejecting going to the IMF or World Bank to help bail the country out of its economic morass, saying: “The need to safeguard South Africa’s democratic national sovereignty, the fundamental right to self-determination, our independence … are non-negotiable, even in the midst of a crisis.”

In my Business Report column last week I questioned where this defence was when the ANC along with its alliance partners allowed the looting of the country through the state capture era. They watched and, let’s be honest, participated in the weakening of key institutions that were the main reasons for the recent downgrades of our credit ratings. If our sovereignty was as fiercely protected when our former president, Jacob Zuma, and his close friends in the Gupta family made a run for the National Treasury, perhaps we wouldn’t be in the position that we are in today.

That’s our reality; we are not walking into a situation where we can name the terms, especially when we are likely to see a long line of other countries in search of the same support. 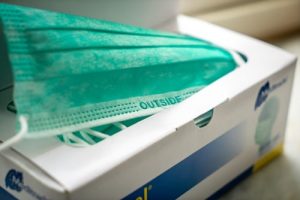 There’s no historic journal that we can peruse for clues as to how to deal with the entire global economy being close to complete shutdown for a designated period. How does one jumpstart it? And just how soon? In Business Day I wrote that we need to assess the economy from top to bottom and see where we can safely operate parts of it. Export industries and mechanised mining should be assessed to see if they can operate without and allowed to operate if health concerns can be controlled. The disruption to the informal sector also needs to be urgently addressed before it leads to hunger and social unrest.

The longer we delay, the bigger our economic and social problems become.

To sign up to receive this letter every Monday, go to hub.blsa.org.za/subscribe.