Momentum is building towards finding viable solutions for our ailing SOEs with the presidential SOE council to be named soon and the review of all SOEs under way.

On Friday I was pleased to host public enterprises minister Pravin Gordhan in a webcast with business leaders. The minister generously gave his time to set out his views on the future of state-owned enterprises, particularly SAA and Eskom. His presentation was another step in an improving relationship between business and government, as we work with other social partners to protect and build the economy through and in the wake of the Covid-19 crisis. As I wrote before his address, the best way to navigate through this period is in an atmosphere of mutual trust between business and government. Many of our objectives are the same.

Minister Gordhan threw down the challenge for business to play a key role in the recovery through increased investment into infrastructure and in working with SOEs to improve. “We have no shyness regarding private sector participation,” he said, and repeated throughout his address the importance of co-operation between government, business and labour to emerge from the coronavirus crisis with new ways of doing things to restructure the economy to make it inclusive and improve the living conditions of the vast majority of South Africans. He also challenged big business to support small business more.

I also believe it’s very positive that the minister confirmed that the process of reviewing each state-owned enterprise had begun, while President Cyril Ramaphosa told the SA National Editors’ Forum yesterday he would soon name members of the presidential council on SOEs – which he said in his state of the nation address would be established. Perhaps momentum is building towards finding viable solutions for our ailing SOEs, particularly Eskom.

The president also expressed optimism that a number of interventions at Eskom would yield positive results and minister Gordhan confirmed that Eskom’s road map towards separate generation, transmission and generation units is progressing. He said there would be a new reality in which there are many generating companies. Energy security is critical to business’s ability to invest in expansion and a diverse and competitive generation marketplace will help to achieve this. I’ve heard too many stories of companies that paused investment because they cannot be confident there will be stable enough electricity to operate them effectively. The minister said Eskom has been using the crisis to accelerate its maintenance programme which should improve stability, but it is only when we have a vibrant, competitive industry that investors will gain confidence that we are in a fundamentally different world when it comes to electricity availability.

On SAA, the minister expressed his disappointment with the business rescue process and said government had developed a plan to create a viable and competitive entity, staffed by experienced professionals. Business leaders in the meeting asked the minister on why the state needed to own an airline at all and the minister pointed to the critical role SAA plays in underpinning the entire industry as well as being available during crises such as the current one. This is, I anticipate, is going to be a question debated more as the process goes on.

We have hosted such sessions with trade, industry and competition minister Ebrahim Patel and now minister Gordhan, and I thank both of them for being available. By taking business into their confidence they are doing a lot to help businesses understand the challenges facing government and what role they can play to assist. That is key to the trust we need to build, which in turn will be key to increasing business confidence and companies’ willingness to invest. The minister has challenged us to play a key role in the recovery and his actions are a big step towards enabling us to do that. 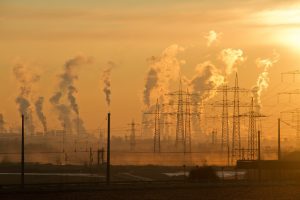 As business welcomes the opening of the economy from today, we do so understanding that the responsibility of navigating us through the September #Covid19 peak, I wrote in my Business Report column. BLSA acknowledges the difficulty of trying to open the economy, which is a complex, interconnected system that cannot be restarted at the flip of a switch. The best way to navigate through this period is for a good working relationship and trust between government and business. Both share an interest in protecting employees. 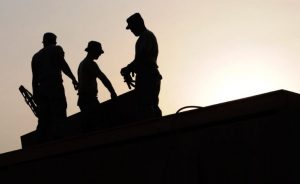 A few weeks ago, I equated the closing of the economy at the end of March to placing it in an induced coma for the safety of South Africans. Today, the state injects its strongest adrenalin shot to resuscitate it as we move into level three, where most sectors resume operations. There are about eight million people who’ll be allowed out of their gates and back into the real nuts and bolts of the economy. Our hibernation is over: now a great responsibility is being place on business to ensure there isn’t a rapid rise in cases and deaths. This will come with higher cost pressures but it would be morally wrong to cut any corners on hygiene protocols, I wrote in Business Day. 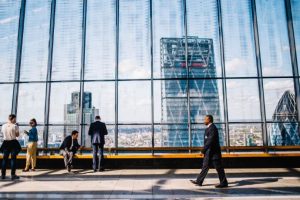