How much more onerous will future loan conditions be if SA doesn’t address its creditworthiness?

I hope that in the battle over corruption that is convulsing our body politic, some thought is given to the role it plays in accelerating South Africa’s indebtedness. The in-your-face nature of PPE corruption has shocked us all, but the amounts are small compared with that in institutions across the state and private sector. Corruption squanders resources, forcing the state to spend ever more amounts to get ever less delivery, requiring more borrowing. And while corruption is certainly a serious plague in our country, that indebtedness is what will ultimately cost us our sovereignty.

Last week government rejected a $2bn loan from the World Bank because it did not like the conditions it came with. This was a luxury – the loan was intended to finance infrastructure, but government believes it has better, less conditional, sources of finance. This flexibility over who to borrow from fundamentally depends on our creditworthiness. The worse it becomes, the more insistent lenders will be that government commits to conditions in order to access loans. Those conditions will be about how the money is spent and how government manages its finances. The more government’s finances decay, the more constraining the conditions will become until eventually government will have almost no say over its own affairs.

If we are going to avoid this outcome, we must be serious about clamping down on our indebtedness. This must include a decisive and deliberate effort to squash corruption out of our society. But it must also include getting our finances in order in other ways. When finance minister Tito Mboweni presented the emergency budget in June, he set out two courses for our finances: the “active” and “passive” scenarios. The passive is business as usual, in which our debt passes 100% of GDP by 2023. The active scenario focuses on reducing expenditure, thereby lowering the amounts we need to raise in debt and turning our debt burden around. In the passive scenario, we will lose our sovereignty. In the active scenario we will regain that we have already lost.

In October, Mboweni will have to present the progress made since cabinet endorsed the active scenario when he presents the medium-term budget policy statement. It is critical that we see evidence that government is indeed delivering on the expenditure reductions it has committed to. If he can do that, we will continue to enjoy the luxury of rejecting conditions lenders may wish to impose on us. If not, conditions far worse than the World Bank’s will become the norm.

Of course, reducing expenditure has a negative impact on our economy at a crucial time. I would love it to be the case that the state could rather boost spending, as it did in response to the 2009 recession, because it has the financial resources to do it. But it simply does not – the corruption of the last decade has left it in the worst financial state since democracy. That is why, in escaping this crisis, it is the private sector that must step up to the plate, boosting investment to grow the economy. But the private sector cannot do that alone – it operates in an environment in which the rules are set by the state. Getting the rules right will enable the private sector to open the investment tap.

I am part of a Nedlac process to work out the economic strategy that will drive the economy. Groups of senior representatives of business, labour, government and civil society are working together to come out with a coherent framework that will mobilise largescale investment to kick start demand in the economy. We aim to deliver a strategy that will unleash the economic activity we need. It will require everyone to play their part and deliver on promises. 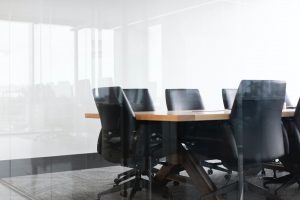 Only by rejuvenating confidence can an economic revival be fully realised. One way government can help is increased transparency and explaining the reasons for decisions. I suggested in my Business Report column that the president should address the nation every week, even if there isn’t dramatically important information to announce. When he did this at the onset of the Covid-19 crisis, it was impressive leadership and most people embraced the measures instituted to combat the pandemic. 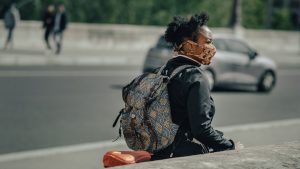 Further on the corruption theme, I was encouraged by President Cyril Ramaphosa committing to fighting corruption in his letter to the ANC. I wrote in Business Day last week that this was important because regaining investor confidence largely depends on us addressing this longstanding elephant in the room. 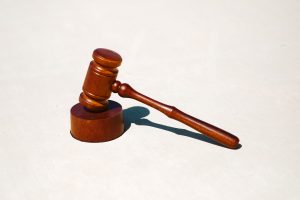