Corruption damages all spheres of society, from service delivery to investment, while it also guts economic growth and increases inequality.

There are so many ways corruption harms us. In the first instance, goods and services that are paid for with scarce public resources are not delivered or delivered in inferior quality or quantity. The result, as we are seeing so clearly now, is worse public services. But that is only the immediate consequence.

We know from careful academic work that corruption also increases inequality. It invariably involves redirecting resources intended for the poor to powerful corrupt actors. Corruption also makes countries poorer. While some have argued that corruption can grease the wheels of the economy, most of the evidence shows that it is sand in the economic engine. Corrupt countries are usually poorer because they are corrupt. And they find it hard to escape poverty while being corrupt too – corrupt countries have lower domestic investment and far lower international investment rates, both of which result in low growth levels.

So, it was depressing to read the New York Times headline last week “South Africa’s Big Coronavirus Aid Effort Tainted by Corruption”. The article praised the major relief efforts of government, but bemoaned the impact of corruption, quoting president Cyril Ramaphosa’s condemnation of the “pack of hyenas circling wounded prey”.

And then on the weekend, The Times of London published an article headlined “New post for former ANC mayor facing fraud charge” on the appointment of Zandile Gumede to the KwaZulu-Natal legislature while out on bail for fraud charges, describing it as evidence that Ramaphosa is failing in his pledge to clean up the ANC.

Of course, one should not put too much stock in a few articles, but perceptions of corruption are certainly worsening. The important corruption index published by Transparency International shows we have trended weaker over the past two decades in the last decade we have consistently rated below 50, the line between mostly corrupt and mostly not corrupt. While this strikes us clearly in the failure to deliver much-needed social services during a health crisis, the long-term effect is worsening growth which compounds the poverty effects of corruption. Investors avoid corrupt countries because they cannot be sure of the stability of the environment and their rights over the long term, but also fear public perceptions of being caught up in corruption and legal consequences at home.

The fight against corruption, however, is real and growing. President Ramaphosa has acted swiftly on the Covid-19-related corruption with the appointment of a multi-disciplinary centre to tackle it swiftly. This is an important and appropriate step. We know well that our criminal justice system has been frustrated by schisms between different agencies like the police and National Prosecuting Agency, as well as sources of intelligence and investigations like the Financial Intelligence Centre and Sars. With nine state agencies working together to deal with Covid-19 corruption, we may well see swift justice.

We also have seen progress made by the National Prosecuting Authority on the legacy of corruption from the Zuma years. Last week five former Free State government officials appeared in court over the Estina Dairy debacle having been arrested by the Hawks. While this is far from a successful prosecution, it is an important first step. There is a long way to go but such actions help to turn perceptions and increase the public’s confidence that corruption is not tolerated.

Unfortunately, for every step forward, we seem to take another step backwards. The Gumede appointment is disgraceful. She is on bail from the specialised commercial crimes court having been implicated in a multimillion-rand tender scandal. She had been axed as mayor of eThekwini last year after a disciplinary investigation. The appointment is effectively a promotion. And that followed the party’s decision last month to reinstate two Limpopo officials, Vhembe executive mayor Florence Radzilani and Danny Msiza, as provincial deputy chair and provincial treasurer. Radzilani has been named in Advocate Terry Motau’s forensic report as having received R300,000 as a Christmas gift from the bank after her municipality deposited money in it.

The ANC risks being seen increasingly at odds with the public. Government is making gradual progress towards dealing with corruption. If the party is serious about providing a better life for all, it needs to be deadly serious about rooting corruption out of its ranks. As business, government, labour and civil society pull together to drive an economic recovery programme, the fight against corruption is a critical leg in the effort to restore investor confidence. We cannot have any backward steps in that battle.

Last week I wrote in my Business Report column on the weak economic data that is emerging. SA is not “boxing clever” in its fight against the Covid-19 pandemic, leaving itself exposed to a knockout punch. We hoped the pandemic would focus minds of finding a new economic growth but Eskom’s problems and corruption are compromising those. The economic impact of the shift to level 2 of the lockdown may well be swamped by the lack of energy security. There are things we could be doing to resolve the Eskom situation faster. 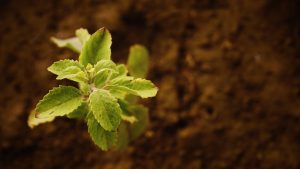 With South Africa under level two lockdown, one can only hope that overturning the ban on alcohol will keep almost R10bn of investment by brewers such as SAB and Heineken on the table. The move to level 2 is welcome but is only a marginal improvement given SA’s dire economic condition, I wrote in Business Day. We must remain vigilant to curb a second wave of infections and await a detailed, cohesive central vision from government on the economic recovery plan. 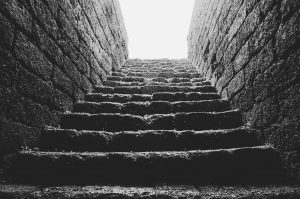