I wish Finance Minister Enoch Godongwana all the best in his new role. He is taking on one of the most difficult jobs in the country. It is central to business confidence.

I wish new finance minister Enoch Godongwana all the best for his new role. He is taking on one of the most difficult jobs in the country. It is central to business confidence – every move he makes will be keenly watched by both local and international business to detect whether it means an improvement or deterioration in the business environment.

He is succeeding Tito Mboweni who was successful primarily in two areas: structural reforms and fiscal discipline. These are fundamental to the outlook for the economy and the new minister must move quickly to signal his commitment to continuing the progress on both.

The sharply deteriorating debt position of the sovereign, which triggered the loss of investment grade ratings last year, is a risk to the entire economy. A fiscal crisis, which would inevitably trigger a financial crisis and deep recession, is a risk that businesses must factor into their outlook. That diminishes confidence and sharply reduces investment appetite, which in turn reduces growth. As a result, government cannot spend its way to growth – the impact on the sovereign balance sheet of spending at the current level of indebtedness damages confidence and can easily be net negative for growth.

There is no alternative but to constrain spending so that the fiscal outlook improves. In choosing what to restrain, Treasury must make difficult trade-offs. Consumption spending is the real problem – this has lower multiplier effects into the economy than investment. Investment must be central to our economic recovery thinking, as President Cyril Ramaphosa has repeatedly made clear. Public sector investment is a key part of the overall investment drive and should be protected. It is consumption expenditure that must be constrained.

Structural reforms are also fundamental and have the potential to provide stimulus for free. The Operation Vulindlela project running between the presidency and National Treasury has been arguably the biggest confidence boost so far that the reforms often referred to by the president will become a reality. It will be important that Vulindlela gets the new minister’s firm and public backing, as it had from his predecessor.

The advances that have been made, particularly in the 100MW energy generation licence threshold, have given a significant confidence boost to the economy. Following through with progress on bulk water infrastructure, spectrum auctions and fundamental reform to skills visas has the potential to add to that momentum. The new minister can accelerate the momentum along with some of his new colleagues in cabinet, such as new minister of communications and digital technologies Khumbudzo Ntshavheni.

Minister Godongwana will also have to manage the competing demands for finance from across government. A disturbing trend that business has been concerned about for some years has been a perception that Treasury’s authority on spending has become less absolute. Fiscal decisions that have no rational connection to policy objectives have become too common. The bailing out of SAA is an obvious example.

Of course, every part of government wants more money, but Treasury is the institution that must consider the trade-offs. It must be endowed with the skills to assemble and study the evidence for the real impact of spending choices. Evidence must be central to how our scarce resources are allocated. The minister will need to demonstrate great political skill to hold the line on this – his cabinet colleagues will need to accept it when Treasury evidence shows that their pet project is not in fact the best use of public money.

Then there is the question of policy. Given that Treasury is best positioned to assess trade-offs across government, I believe it is also best positioned to understand the impact of policy on the economy. The biggest strides we’ve made as a country has been when Treasury develops and advocates for important policy changes itself. Treasury needs to be more than a holder of the purse strings but an active participant in deciding the best way to spend public money and the policy that affects how the economy operates.

Minister Mboweni’s time in office was marked by the economic policy paper released in 2019 that was highly influential in the economic reconstruction and recovery plan that was agreed upon by all social partners and cabinet last year. The new minister needs to embrace and advance the policy development agenda to have a dramatic impact on the economy.

As I said, this is no easy job. The costs of failure are high. However, the new minister will be able to count on the support of many stakeholders. Business is obviously one of those – we at BLSA are committed to assisting the government wherever we can to support policy development that can drive the economic recovery. For example we have invested in research and contributions on how to drive greater investment in public infrastructure and how to use localisation to boost jobs and growth and have seconded skills into government where there are gaps. We will continue to do so and look forward to a productive partnership with the new minister. 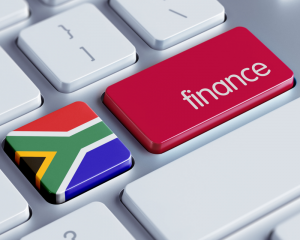 In the face of a struggling economy along with the highest unemployment numbers on record, the concern for workers by unions are valid. But early pension withdrawals aren’t the best idea, I write in Business Day. We should focus our energies as social partners on implementing the structural reform agenda encompassed in the recovery plan – successful implementation will drive economic growth, and that is what will resolve the bulk of our problems. 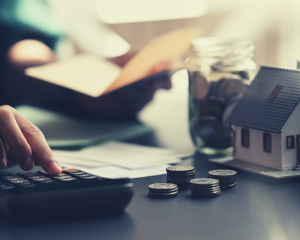