We must diversify the sources of electricity in South Africa.

The loadshedding of last week was devastating. I have been told of companies forced to lay off staff because they simply couldn’t open their doors. Those with generators couldn’t get diesel to fill them fast enough. Those on batteries found them running dead.

This was obviously also crisis for Eskom, with the loss of generation capacity directly linked to illegal labour action accompanied by sabotage and violence. Yet CEO André de Ruyter was front and centre to explain to the country and to business what was happening. He availed himself to address the BLSA Council to explain the situation on Wednesday and kept the country informed via the media. The openness was welcome.

There is only one way to ensure we do not face such occurrences again – we must diversify the sources of electricity in South Africa. We cannot rely on a single state utility any longer. We have known this for some time and had we acted more vigorously sooner, experiences like last week could have been avoided. We have the right ingredients – the private sector can now build plants of up to 100MW without a licence. The renewable energy independent power producers programme can procure far larger power production. Within a matter of years we could substantially diversify the producers of electricity in South Africa.

We have made progress but it is too slow. One very good intervention has been the decision of Eskom to make available the vast tracts of land it owns in Mpumalanga to independent power producers. Much of this land already has the regulatory approvals needed to produce electricity and is close to grid connection points. A fortnight ago, De Ruyter announced the first 18 successful bidders for leases on this land. They will each put up 100MW plants, adding 1.8GW in capacity. Only 11% of the 36,000 hectares available will be used by those first tenants so there is much more potential from this source.

There is also an acceleration in other private producers registering new plants with the National Electricity Regulator of SA. The regulator has so far approved 18 amid an “avalanche” of applications. The last approvals were done in 19 days from receipt of the application. That is a positive sign that red tape has been removed from the process of private generation.

The signs are clear then that the future electricity market will be a diverse one. And in that scenario, industrial action at one producer does not necessarily result in loadshedding. I suspect that those on strike foresee that future and the effort to extract higher wage concessions was driven by the knowledge that one day it will be impossible to hold the country to ransom.

There is still a way to go to a vibrant energy future. Eskom must complete the unbundling of a separate system operator, one that will be able to buy electricity for the grid from the cheapest sources, only one of which will be Eskom. We need to put in place clear regulations and processes to facilitate wheeling through the grid – the process by which an electricity producer in one location can sell to customers in other locations through the grid. These additional steps will accelerate the rate at which private producers will enter the market.

Events of last week show how urgent it is that we act to bring about this future sooner. We need a single-minded focus on driving through the necessary reforms. Government and business need to be aligned to deliver on the vision. There have been successes – but we must not rest until we can confidently say that loadshedding is thing of the past. BLSA has commissioned research into Judge Zondo’s recommendations to determine the optimal structure for an anti-corruption agency. I write in fin24 that there are numerous other recommendations we can get going with immediately. One is to allocate sufficient funds to the NPA so it can fulfil its constitutional duty to pursue prosecutions of those implicated in state capture – many of whom occupy high positions within government. 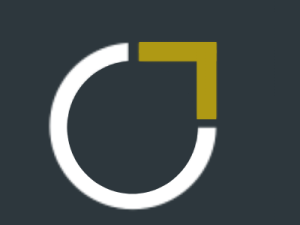 To help fight the scrouge of gender-based violence (GBV), BLSA has partnered with Matla a Bana – an NGO that fights GBV and creates child-friendly reporting facilities at police stations, courts and hospitals. The initiative also provides social workers and police with equipment needed for forensic research. Matla a Bana provides numerous other support services to those on the frontline of the scourge of GBV. Further details are here.